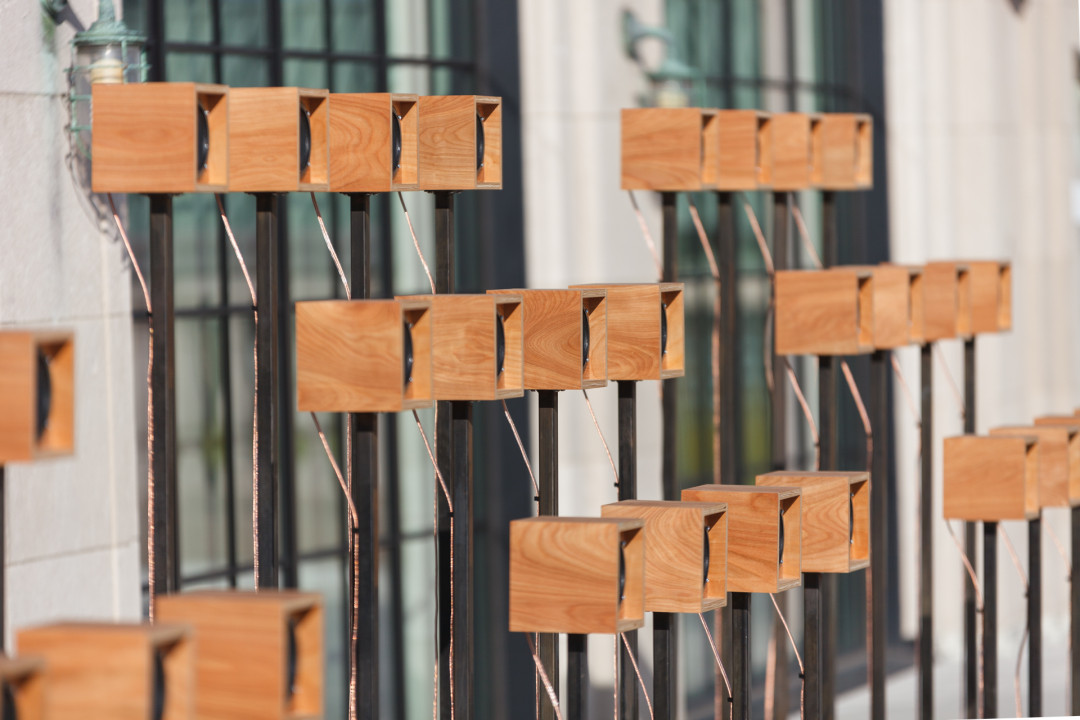 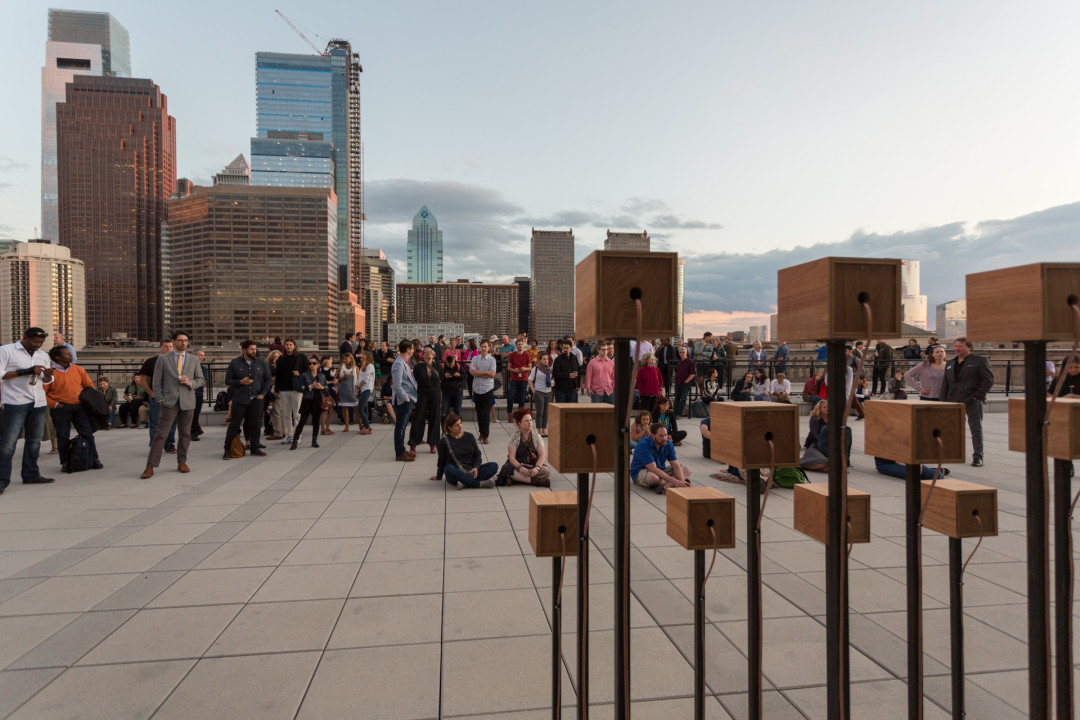 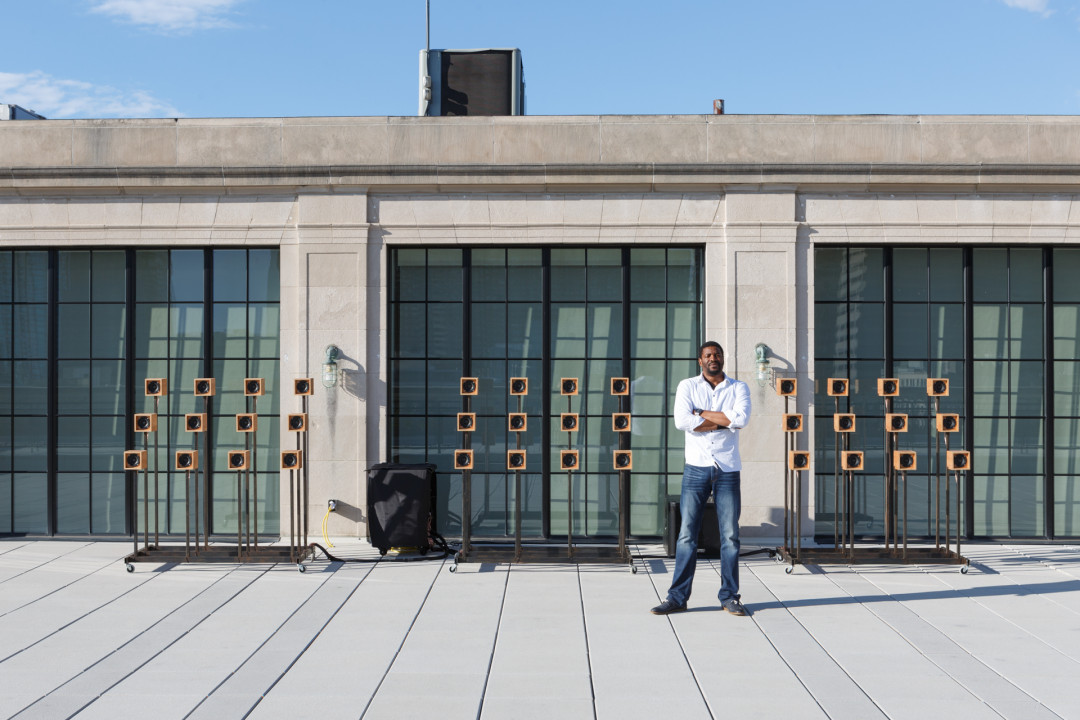 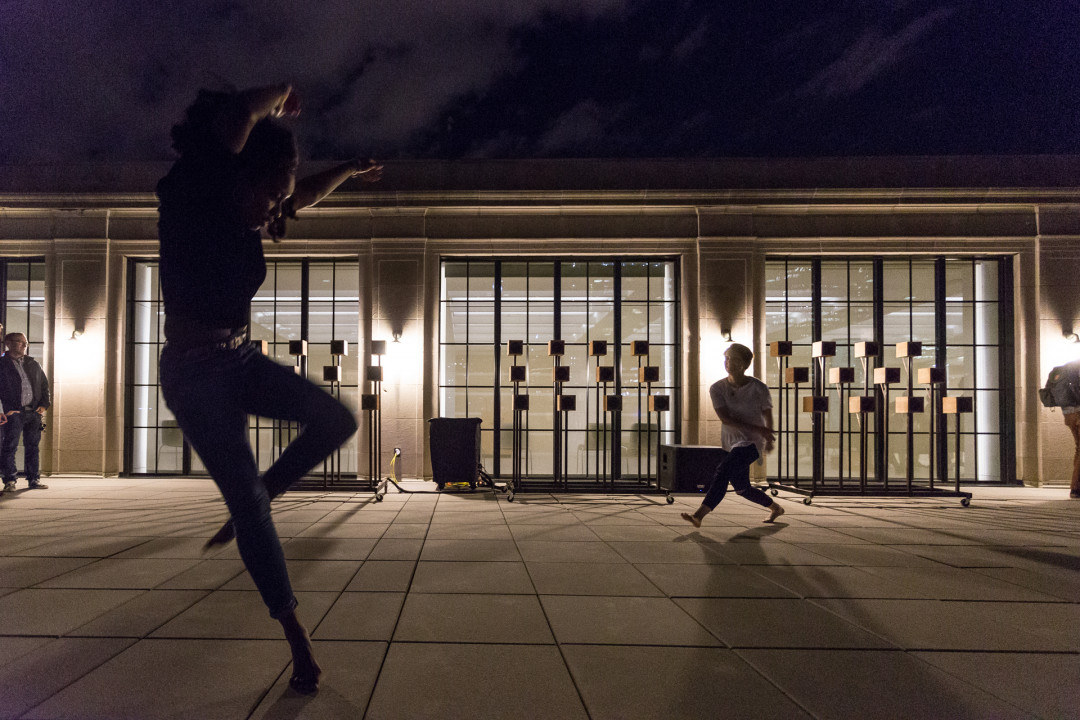 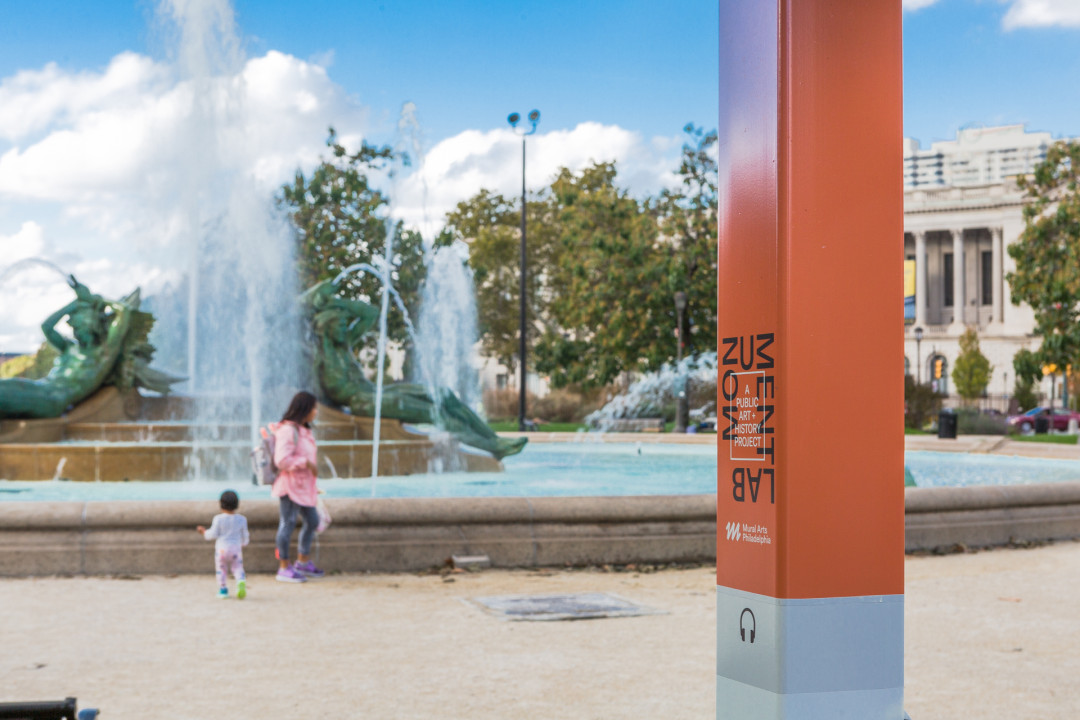 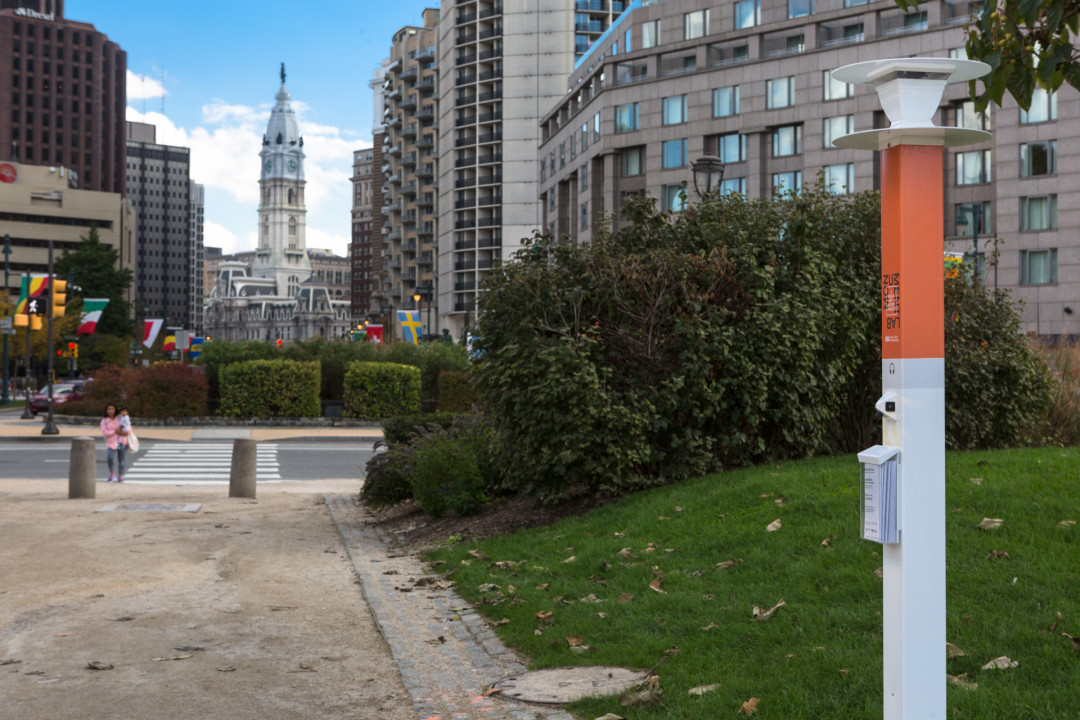 Emeka Ogboh creates soundscapes to honor and understand cities. For Logan Squared: Ode to Philly, the artist collaborated with renowned Philadelphia poet Ursula Rucker and members of the Chestnut Street Singers, drawing on the ideas of hundreds of Philadelphians who submitted proposals during Monument Lab’s 2015 discovery phase. Ogboh noted, “The point of departure for this work begins with what the city of Philadelphia remembers and what it chooses not to remember in terms of its history. The question is put across its citizenry in the form of research feedback.”

Responding to the open dataset of proposals, Rucker composed an epic poem that served as the backbone of the project. Each Sunday, visitors were invited to experience a special weekly listening of a multichannel sound installation on the Skyline Terrace atop the Free Library of Philadelphia’s Parkway Central branch. The composition included the sounds of Rucker’s poem and a special choral arrangement of Louis Gesensway’s “Logan Square at Dusk” from Four Squares of Philadelphia. Visitors were also able to hear the sound monument at solar-powered listening stations around the square, where they could plug in their headphones.

Major support for Monument Lab 2017 projects staged in Philadelphia’s five squares provided by The Pew Center for Arts & Heritage. An expanded artist roster and projects at additional neighborhood sites made possible by the William Penn Foundation. Generous additional support provided by the National Endowment for the Arts. Full list of exhibition sponsors.

Logan Square at Dusk from Four Squares of Philadelphia by Louis Gesensway © 1972 by Theodore Presser Company. All rights administered by Carl Fischer, LLC. All rights reserved. Used with permission.

I have explored the historic and aural infrastructures of various cities—Lagos, Nigeria in particular—through my sound recordings and installations. These works try to understand cities, mostly through sounds they generate in the form of soundscapes, but also through audio materials found in the city’s archives, and in some cases, through entirely new compositions inspired by the cities.

My proposed work for Monument Lab intends to explore the city of Philadelphia through the concept of collective memory. Herein, I am interested in how Philadelphia remembers (or forgets) its past, and how over time these collective memories have been passed from one generation to the next.

The point of departure for this work begins with what the city of Philadelphia remembers and what it choses not to remember in terms of its history. The question is put across its citizenry in the form of research feedback, either online or offline (website feedback or real-time data collection), and then the resultant feedback is processed.

The idea is to create a musical composition for an orchestral/choir performance from the research feedback. This feedback will either inspire a composer to work with me in creating a new musical composition, or provide us with data that is converted into a musical score. This can be achieved by running the resultant data through an analytical software.